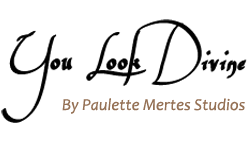 "The 'You Look Divine' project has given me the privilege of photographing so many wonderful ladies.  I love our conversations - love hearing the stories women have to tell - love feeling their energy and strength.

My photographic style is romantic, classy and sensual with a little Hollywood glam. Whether it's a Divine Portrait or Boudoir Session, I approach my sessions with the belief that all women deserve to feel beautiful and glamorous - and I provide that experience for them.  Getting their hair and make-up done and dressing in beautiful clothes is a real confidence builder - when my clients see themselves as I see them, as my camera sees them, it changes the way they feel about themselves."